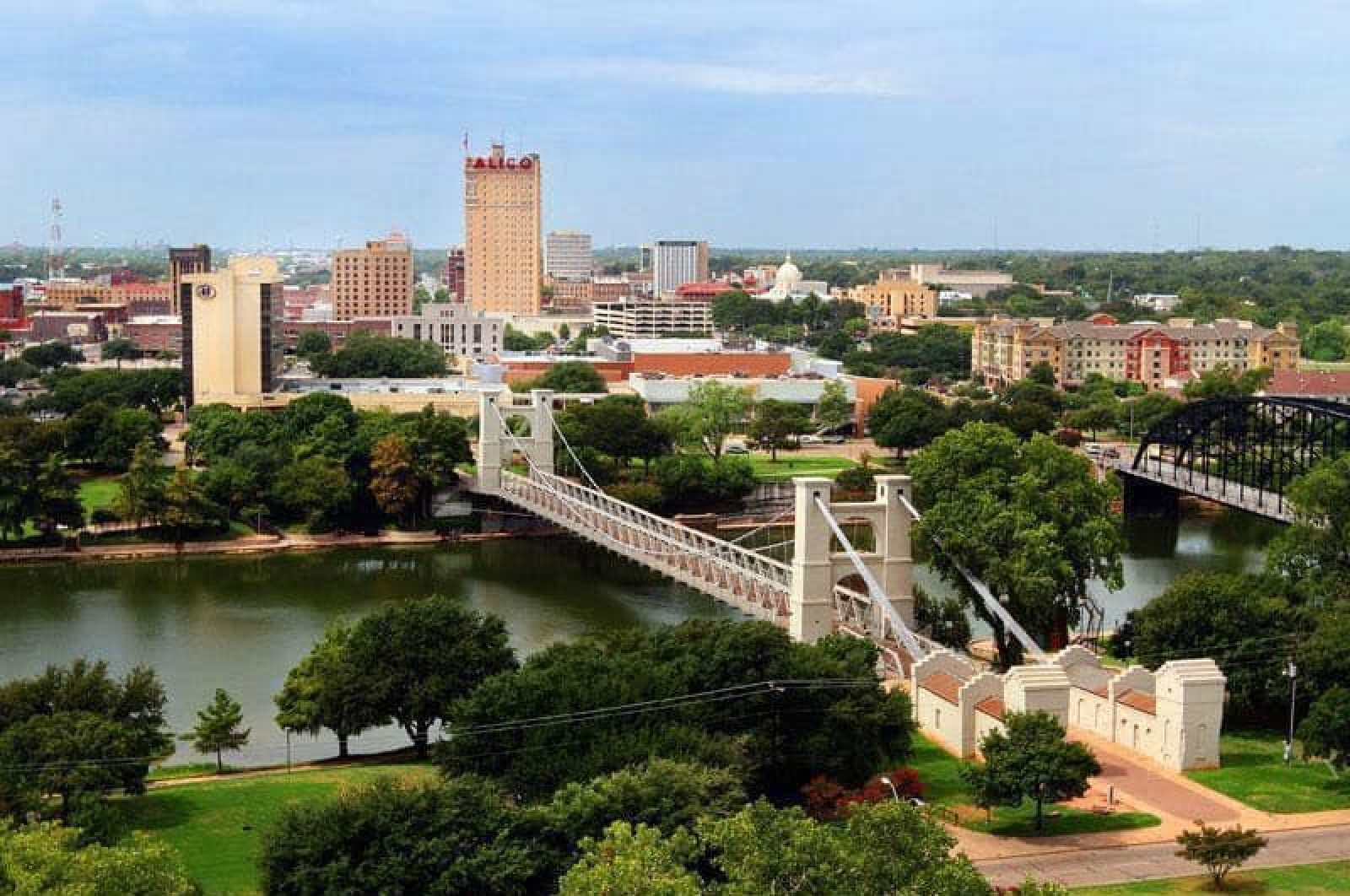 The Tom Primm House was in North Waco, on the SW corner of 19th and Park Lake Drive. During WWI, this area was part of Camp MacArthur(1917-1919), and the house became the Commanding Officer’s Headquarters. The first photo here is by Fred Gildersleeve and contributed by Mark Randolph/City of Waco. The second photo is also by Fred Gildersleeve and is is from “A Pictorial History of Waco by Roger Conger. That intersection is 19th and Park Lake. This photo is taken from beside where the H-E-B is, and looking down Park Lake Drive. North 19th was often called Bosqueville Road. Park Lake used to be called Bewley Lane, and was also referred to as “the road that leads to Walker’s Crossing”. This was about thirteen years before the OLD Lake Waco was built, so that road just led to a bridge that crossed the Bosque River. You can see the Primm house in the second photo as well. This photo is courtesy of The Texas Collection, Baylor University.